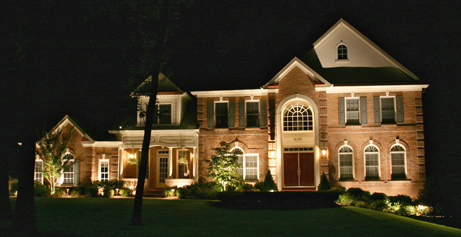 When it comes to your electrical service, design plays a key role; ensuring the electrical system is safe and efficient, as well as integrated into your home in such a way as to provide visual appeal, increased home value, and functionality. Prime Electrical Service has outlined a few popular choices for electrical service design.

Prime Electrical Service announces the risks to homeowners who want to try a DIY circuit breaker replacement, which includes the risk of property damage, personal injury, or death. 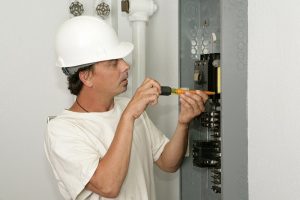 King of Prussia, PA – January 2016 – The residential electrical professionals at Prime Electrical Service based out of King of Prussia, PA, want to caution their customers against attempting to replace circuit breakers themselves due to the dangers of personal injury and property damage.

One of the risks when replacing a circuit breaker is improperly installing any portion of the device, from the wiring to the breaker itself. Installation problems can occur that go unnoticed to the homeowner. Improper installation can lead to the wire heating up, which can result in an electrical fire. The risk of an electrical fire from poor wiring is particularly high in older circuit panels that have been designed poorly. Using too large a breaker can also overload the system, increasing the risk of damages from fire or even the breaker exploding.

With the amount of information online nowadays, homeowners can be tempted to try to complete electrical wiring projects at home. However, the risk of personal injury and property damage is very real. Hiring a professional who is experienced in residential electrical wiring, such as the experts at Prime Electrical Service, can prevent unnecessary tragedy.

According to the Consumer Product Safety Commission (CPSC), 46,000 home fires take place each year due to faulty electrical wiring and other electrical mishaps. These fires cause approximately 440 deaths, 1,420 injuries, and $434 million in property damages. Electrocutions also occur at a rate of about 760 times a year due to bad electrical wiring. Having a professional tend to your home’s wiring needs can prevent these tragedies from happening to you and your loved ones.

Electrical cords and holiday lights can cause fire hazards when damaged or improperly installed. Prime Electrical Service warns its customers to use caution this holiday season to prevent unnecessary property damage.

Montgomery, Pennsylvania – November, 2015 – Prime Electrical Service, a residential electrical company based out of King of Prussia, PA, urges its customers to use caution after Thanksgiving when installing their outdoor holiday lighting to help reduce the risk of fire hazards.

Prime Electrical wants to remind their customers to inspect all decorative lighting before displaying it this holiday season. Customers can also contact Prime Electrical to set up a professional inspection of their holiday lights and in house wiring.

The Importance of Residential Lighting

As winter closes in, the nights are getting longer and as a result, families are coming home to darkened yards. While the days may be getting shorter, you do not have to come home to a dark and unwelcoming house. Professionally installed perimeter lighting offers a solution to stumbling around in the dark while helping to keep your family safe.

When considering which type of residential lighting you should use around your home, the first thing you need to keep in mind is the location of the lights, and the reasons you want to have the perimeter lighting installed. Homeowners often add outdoor lighting to their landscaping to:

Get Help from a
Local Electrician